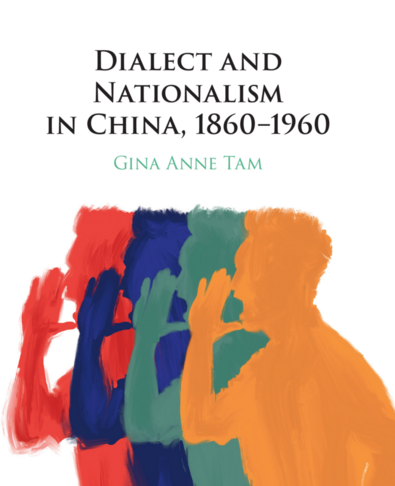 "Review in PRC History Review" by Coraline Jortay, with response by author, March 14, 2022

"Essential books on China: The Moral Cost of Development" by Alec Ash. The Wire. ​August 16, 2020

"This book starts with an original, brilliantly formulated question about the role that modern societies have assigned to standard languages in the construction of national identities. In the case of modern China, both the question and the answer are counter-intuitive; as Tam notes, “remarkably few people within the PRC’s borders speak [Mandarin] exclusively,” or Putonghua, the official language, with “nearly 80 percent of the PRC citizens grow[ing] up speaking one or several fangyan,” the “local Chinese languages that are often mutually intelligible with spoken Putonghua.”

Working on Chinese history, with challenging archival access and in the face of state scrutiny, is difficult. Moreover, in the wrong hands, a book such as this could be dry and pedantic. Yet, Tam breathes life into her subject, allowing the regional variations of language and the cultural meanings that attach to these differences to sparkle. Through rigorous research and careful prose, Tam wrote a radical alternative story of how modern nations and identities are formed and offers tremendous nuance and context in relation to the contemporary moves that the PRC took to promote a homogenous state and citizenship narrative."

Watch here for an introduction to the book on "Longshorts" through the Long Institute at the University of California, Irvine (Host Emily Baum)

Linguistic Hierarchies and Mandarin Promulgation: An excerpt from Dialect and Nationalism in China.

"Dialect and the Making of Modern China: Then and Now." FifteenEightFour. March 11, 2020.

Taking aim at the conventional narrative that standard, national languages transform 'peasants' into citizens, this book centers the history of the Chinese nation and national identity on fangyan - languages like Shanghainese, Cantonese, and dozens of others that are categorically different from the Chinese national language, Mandarin. She traces how, on the one hand, linguists, policy-makers, bureaucrats and workaday educators framed fangyan as non-standard 'variants' of the Chinese language, subsidiary in symbolic importance to standard Mandarin. She simultaneously highlights, on the other hand, the folksong collectors, playwrights, hip-hop artists and popular protestors who argued that fangyan were more authentic and representative of China's national culture and its history. From the late Qing through the height of the Maoist period, these intertwined visions of the Chinese nation - one spoken in one voice, one spoken in many - interacted and shaped one another, and in the process, shaped the basis for national identity itself.

April 16, 2021: "What is the Chinese Language: The Making of Linguistic Hierarchies in the PRC" University of Sydney (see it here)

​May 20, 2021: "How Fangyan became Dialects: A history of language and nationalism in China" SOAS University of London (see it here)​

"Tam's groundbreaking book transforms our understanding of Chinese nationalism by establishing how fangyan have served as both targets for language standardization projects and resources for cultural diversity and communal sentiment.

"Tam's impressive debut book provides readers with a theoretically sophisticated, clearly argued and gracefully written account of the complex relationship between language and nationalism in modern China....Dialect and Nationalism also speaks to issues making headlines now, at a time when struggles in which language and identity figure centrally play out everywhere from Catalonia to Hong Kong."

"Like a photography negative, Tam’s focus on the underlying fangyan crucially reveals as much – if not more – of the history of national linguistic construction than focusing a posteriori on the result photograph – Mandarin – would have been. [Her] crystal-clear recapitulation should be required reading for students and scholars alike."

"Who and What we are," History against the Grain (Hosts Josh Weiner and Chris Padget) 2021